Take Your Classroom 360º with These 10 Virtual Field Trips 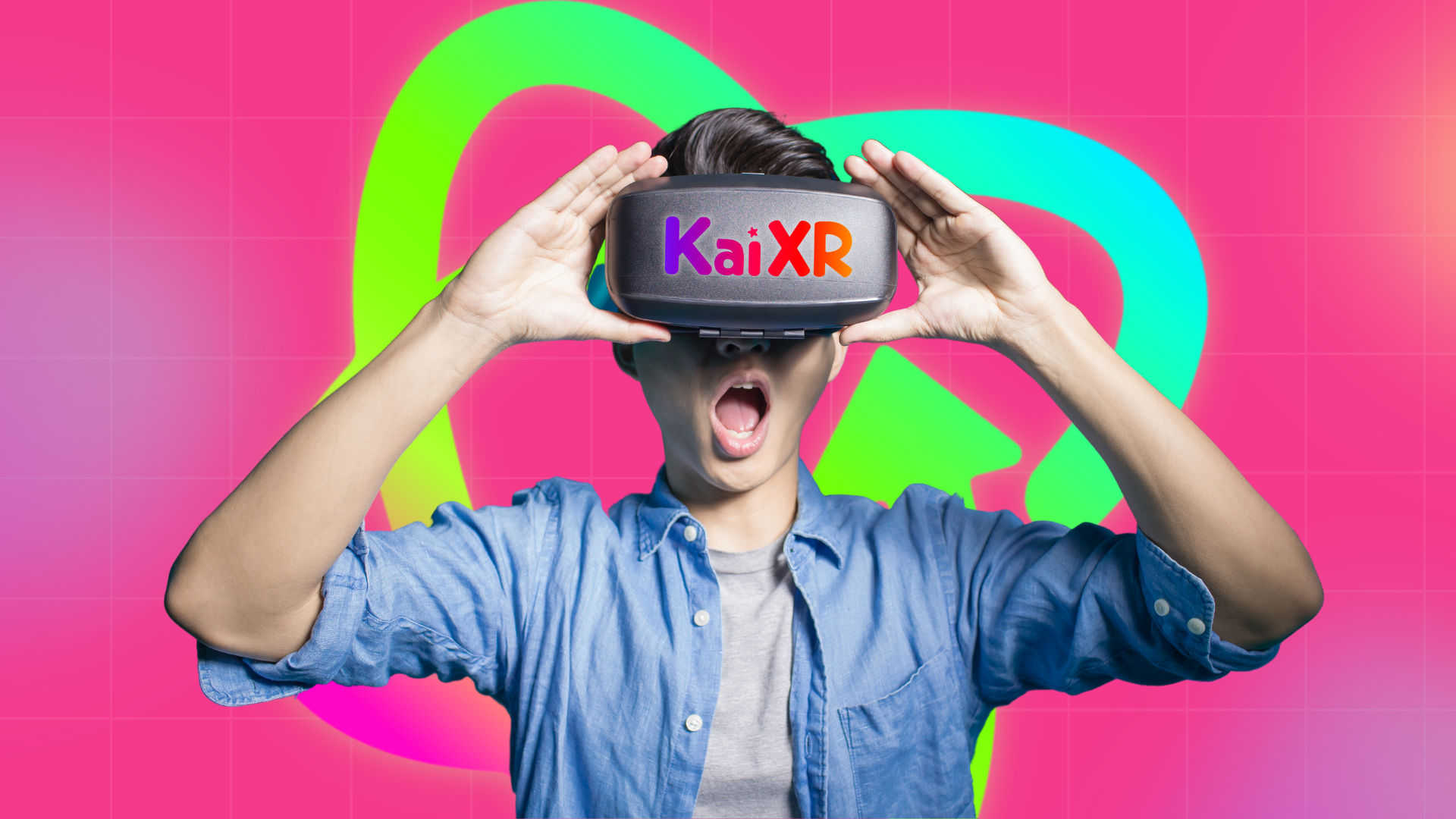 If you’re an elementary school educator, the iPhone was born before any of your students. (Crazy, we know). Endless information has always been at their fingertips. Because of this, they can navigate cyberspace better than most. But what about the real world? There’s so much to see, but on the heels of a global pandemic, many families have struggled to keep up with daily life, and global travel has been far from to-do lists. In this environment, educators can step in to show these tech-savvy students the world, all with the help of 360º virtual field trips.

Ever wished you could sweep your class through time and space during social studies? Dreamt of shaking up Monday morning with a trip to the Great Pyramids? Or of finishing the week strong with a classroom stroll through Paris?

Through virtual reality, these dreams can come true.

As an educator, you already know all about leveraging tech in the classroom to make lessons more engaging. Fun videos make science topics more approachable. Online math games break down concepts like fractions and multiplication. Many sites make learning to type and code fun.

Virtual reality can take these tools to the next level. The metaverse—essentially an interactive, 3D iteration of the internet—is now accessible through laptops, smartphones, tablets, and immersive virtual reality headsets. This means that students can be transported from their desk to the age of dinosaurs in the middle of the school day. As they turn their head and walk around, they’ll adventure through a digital universe.

As you can imagine, this expansive environment means endless educational VR opportunities.

At Kai XR, we’re an educator-run organization over the moon about, well, going to the moon. And to Mars. And beyond. We love that virtual reality makes it all possible.

We know what it's like to work within a system that’s constantly cutting resources and making it hard to provide enriching experiences to students. That’s why we took matters into our own hands and curated an extensive library of 360º virtual field trips to fill the gaps in any classroom. Our core values are:

In Kai’s “Our Solar System” experience, an animated version of astronomer Phil Plait takes young explorers on a tour of outer space.

Floating above the sun, viewers can turn their heads to see nearby planets and celestial bodies. They’ll get to learn fun facts about each. Did you know that:

Whether or not you’re familiar with these cool facts, your students are likely to find them super exciting. This virtual field trip can fit well into lessons about:

2. Hear from an Aerospace Engineer

Got any math lovers or aspiring astronauts in your class? Tiera Fletcher, Boeing aerospace engineer, would love to meet them. As a triple minority in her field—young, Black, and a woman—Fletcher is passionate about encouraging people underrepresented in space exploration to explore careers in the area.

In this 360 field trip, Fletcher shares her path to becoming an aerospace engineer, all while touring students around the Boeing compound. She explains how she began calculating grocery totals with her mom as a young kid, fell in love with military planes (specifically the F-22 Raptor), and eventually attended engineering camps to foster these interests.

Today, Fletcher works at Boeing on the Space Launch System (SLS). It’s poised to be the first spacecraft that will take humans all the way to Mars. Fletcher’s job is to work with her team to stress test part of the SLS so that future astronauts will be safe in the machine.

This 360º virtual experience can generate tons of awesome class discussion. As an educator, you could tie the lesson to:

Another of our virtual field trips takes students into hard-to-reach territory, though still inside earth’s atmosphere.

In our “People’s House” experience, Michelle and Barack Obama take viewers through parts of 1600 Pennsylvania Avenue (the White House) that they wouldn’t be able to see on a tour. The Obamas tell stories about their own experiences in:

They also share bits of history about how past presidents used these rooms. President Obama explains that Jefferson once hung pelts from Lewis and Clarke in the Cross Hall. Michelle Obama shares that, in the Treaty Room, Eleanor Rooselvelt once held briefings for female journalists who were barred from press conferences. She also describes her excitement at the addition of artist Alma Thomas’s piece, “Resurrection,” to the Old Family Dining Room. Thomas’s work is the first piece of art by an African American woman to be added to the White House Collection.

This dynamic 360º experience is full of contemporary and historical fun facts. It could easily fit into a lesson about:

As an educator, it’s your job to celebrate political, cultural, and social achievements with your class. However, it’s also your responsibility to explore hard histories. This can be difficult, when there are so many stories to tell and you have the limited experience of being a single individual.

Virtual field trips for kids can help fill in where your expertise ends by connecting your VR classroom with people who lived through important historical moments.

A great example of this is our “Explore Chernobyl” experience.

In this trip, students tour the area decimated by the 1986 Chernobyl nuclear disaster. Unlike watching a video, where students would remain on the outside looking in, VR transports them to this location. The experience brings students especially close to the history of the place because the tour is led by local guide, Alexander.

Alexander grew up in a city near Chernobyl and recalls his curiosity and desire to figure out what the adults were concerned about on the day of the disaster. At the time, he was only 9 years old. Following the ordeal, he and his mother had to relocate.

In older classrooms, this field trip can encourage discussions about:

While it's valuable to cross borders in VR, there are also many impactful events that took place in the U.S. These are great to explore in 360º virtual reality.

For younger tweens just beginning to grasp how the U.S.’s history of slavery, sharecropping, and racial segregation continue to affect people today, sharing Ruby Bridges’s story can be a productive way to generate thoughtful discussion.

In this virtual field trip, students travel to William Frantz Elementary School in New Orleans. Old photographs are superimposed on current-day footage of the school, powerfully bringing the past to the present. This is a good way to help students understand the gravity of events that seem far in the past.

In this experience, students hear from Bridges’s former teacher, Barbara Henry. She describes Bridges’s first days at William Frantz, including her escorts, the hateful protestors standing outside, and the empty classrooms inside.

Students may be surprised to learn that both Ruby Bridges and Barbara Henry are still alive. These events aren’t as far in the past as they may believe. This 360º virtual field trip can open the door to conversations about:

At Kai XR, we also understand the importance of joy and celebration in learning. That’s why our library is home to plenty of exciting, fun, virtual experiences, including:

We also love to highlight a wide range of careers and individuals that students can look up to. In our library, students can hear from the likes of:

On top of that, students can also get a backstage pass to hear from some of the greatest basketball players of all time at the 2019 NBA All Star Weekend. In this experience, students can watch as players and teams arrive in Charlotte, North Carolina, get their photos taken, and answer interview questions.

After that, they’ll get front row tickets to see Team Lebron and Team Giannis go head to head in an exciting game. Whether your students can name their favorite NBA players or just enjoy a quick pickup game at recess, they’ll have an awesome time seeing what professional sports look like from the inside.

This virtual field trip is an awesome way to generate excitement about:

7. Learn About Gene Editing with CRISPR

Students more interested in science than sports will love joining our founder and educator Kai Frazier to get an inside look at UC Berkeley’s Innovative Genomics Institute.

This is one of our 360º virtual field trips that gives students a good idea of what working as a scientist and researcher is like. In the Institute, audiences are joined by Nobel prize-winning biochemist Jennifer Doudna.

With clear explanations, tons of helpful videos, and a look at real equipment, Doudna and Frazier teach students about genome editing through the breakthrough technology, CRISPR. Students will learn about real-life applications of this tool, including its potential to cure diseases like sickle cell anemia.

This field trip for VR kids can open up amazing discussions about:

8. Hear from Teens in Jordan

We also offer age-appropriate lessons about current events and events in recent history. This often means sharing stories told by kids, for kids.

In our “Dreaming in Za’atari” 360º virtual field trip, children can travel to a refugee camp in Jordan, where they meet three teenagers: Najat, Tabarak, and Mahmoud. Although where these teens live likely differs from where your students do, their dreams are the same.

One teenager would love to live in Paris. Another wants to be a writer. A third dreams of bringing peace to Syria.

As the teens guide students around their homes and share their stories, concepts that may seem abstract to students—effects of war, living as a refugee, losing a home—will gain real dimension. But more importantly, students will see that, besides circumstance, there is little that separates them from these peers around the globe. All have big dreams, high hopes for the future, and annoying siblings at home.

This field trip pairs well with lessons about:

Another field trip we love is our visit to the Negro Leagues Baseball museum in Kansas City, Missouri.

In this experience, Kai Frazier and museum president, Bob Kendrick, lead students through baseball stars of the past. They explain how these players were not allowed in the major leagues, since those teams excluded African Americans. Instead, Black players had to create their own league.

The Negro Leagues have a rich history, and Frazier and Kendrick share lots of fun facts about star players, team owners, and everyone in between.

This field trip is a great opportunity to get your class talking about:

Looking for a fun activity for a rainy day? We’ve got those too! Through our platform, students can dance with cartoons, hang out with penguins, and even join actors onstage for Broadway’s Aladdin.

In this field trip, students stand on stage with actors singing and dancing, while animated gold letters appear around them, sharing fun facts:

While this 360º experience is a great Fun Friday activity, it can also be an awesome addition to lesson plans. It pairs well with lessons about:

At Kai XR, we’re the Future of Education. Our 360º virtual field trips are:

Our dedication to quality has won us praise from Steve Harvey and NBC’s Shomari Stone. It’s also the reason we were selected for T-Mobile’s immersive technology program.

Ready to get started with Kai XR for your program or school? Just follow this link.

In the meantime, check out our other articles: 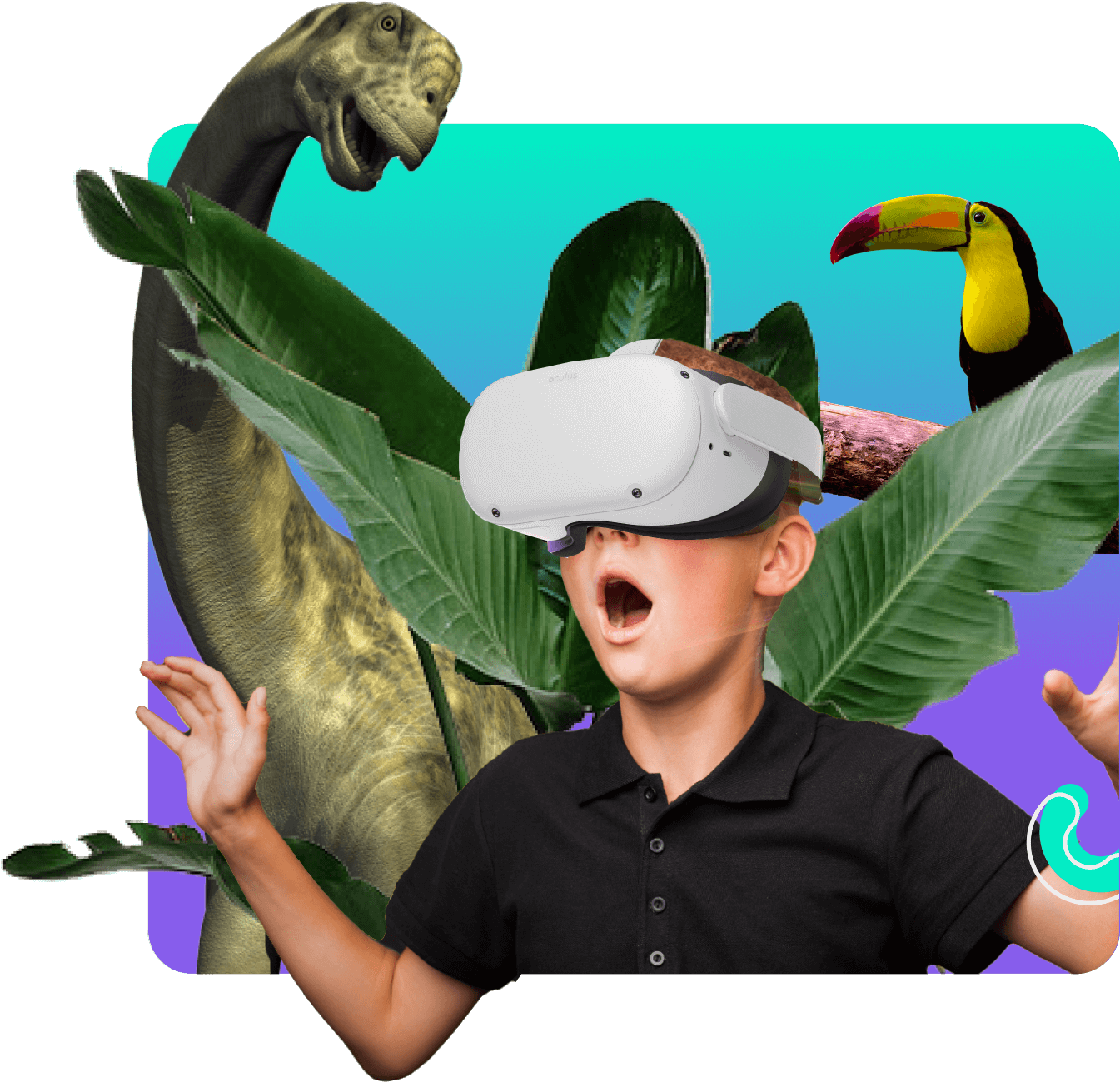 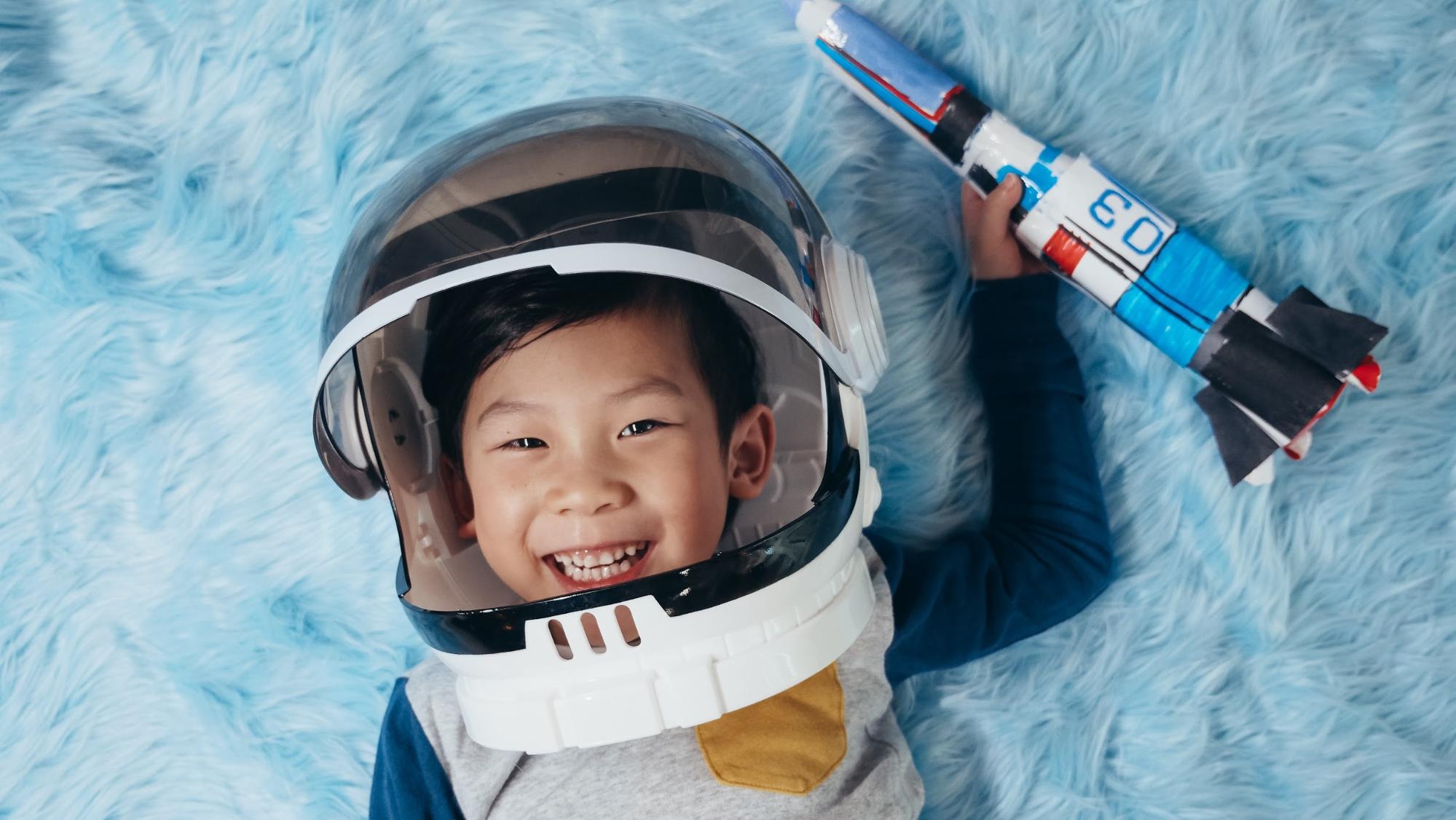 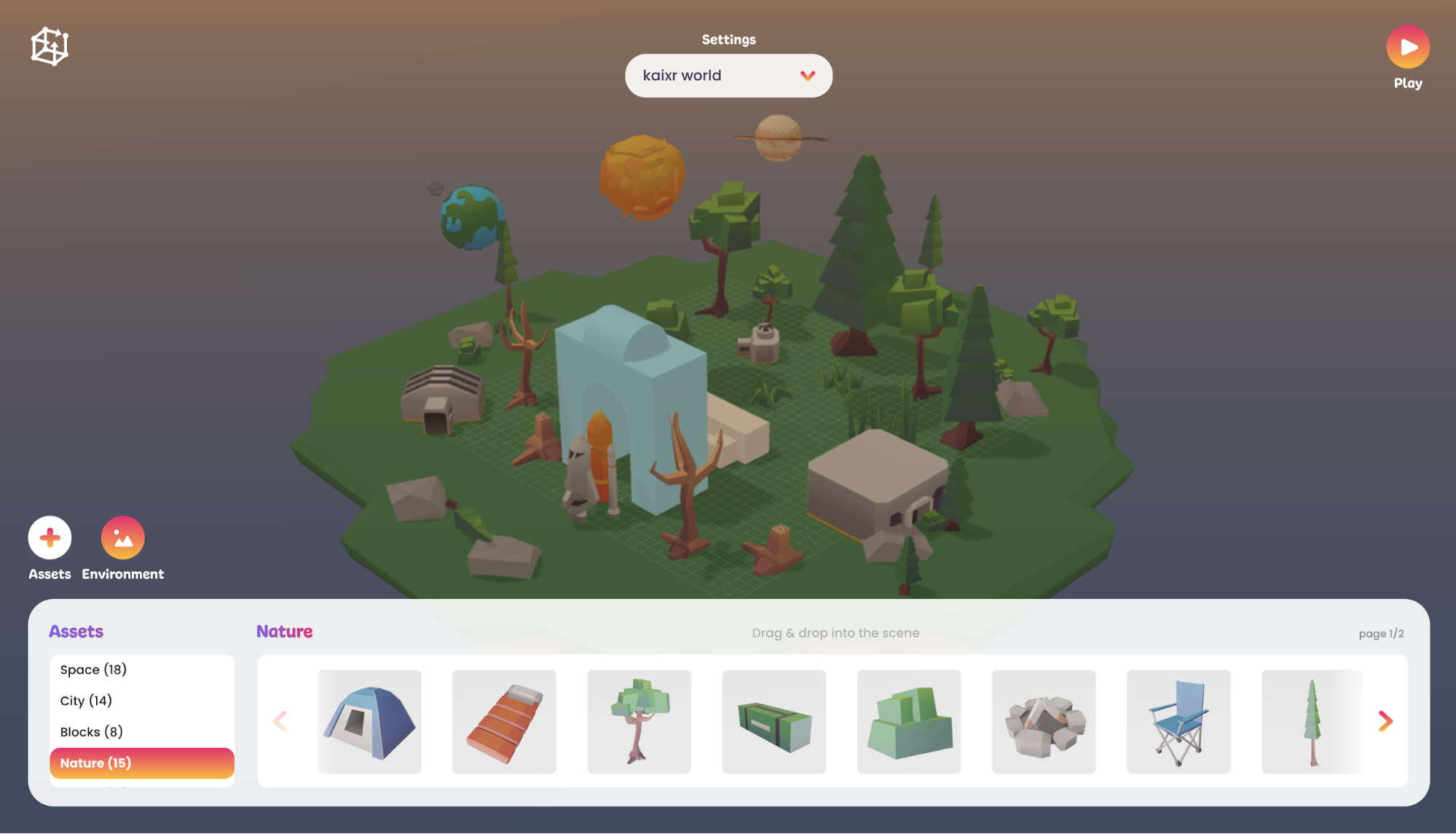 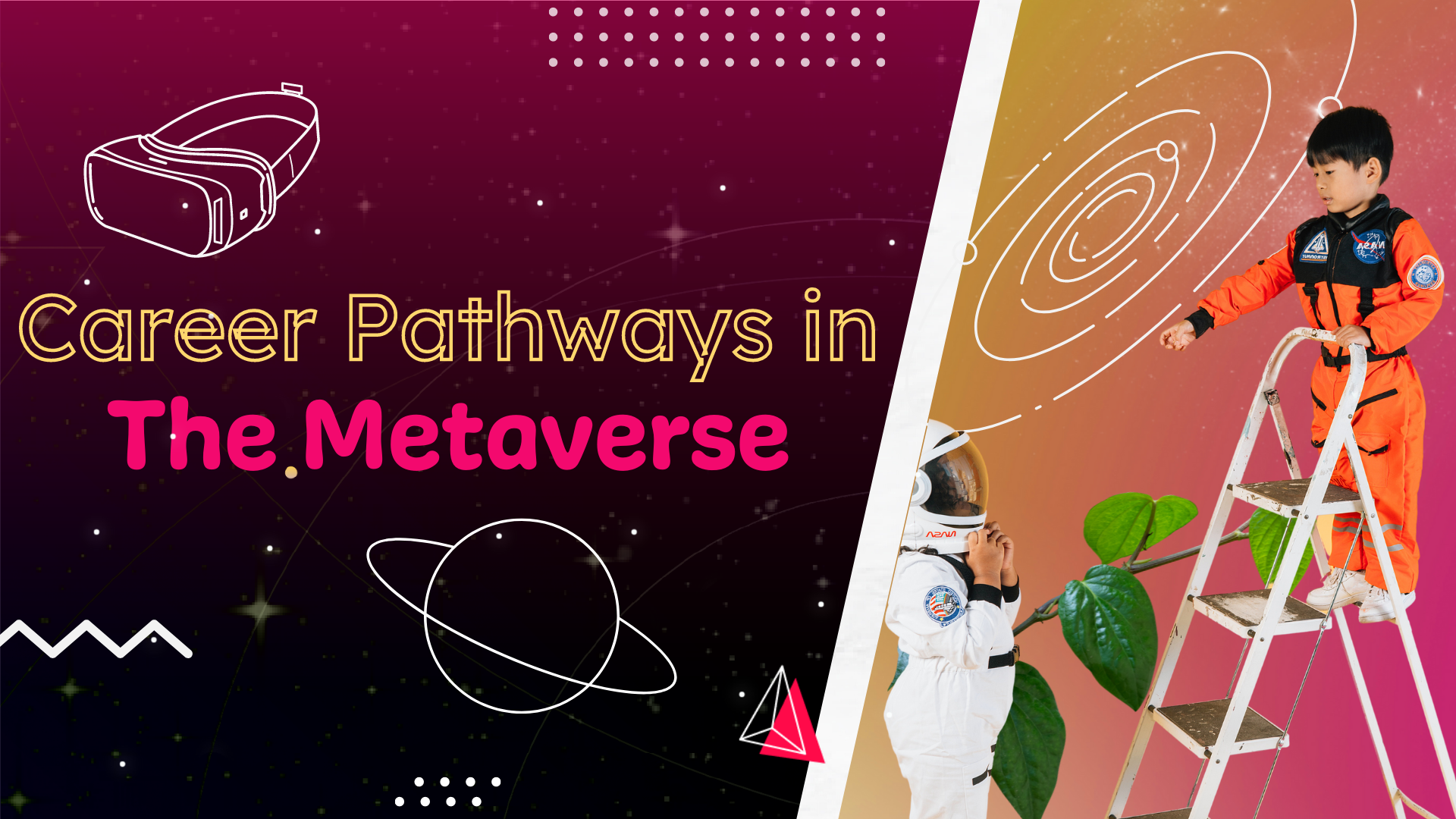 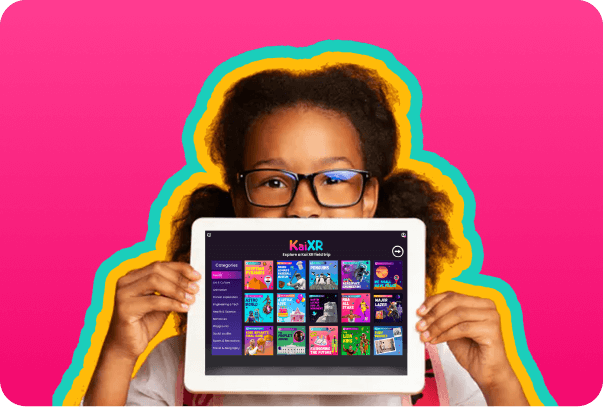